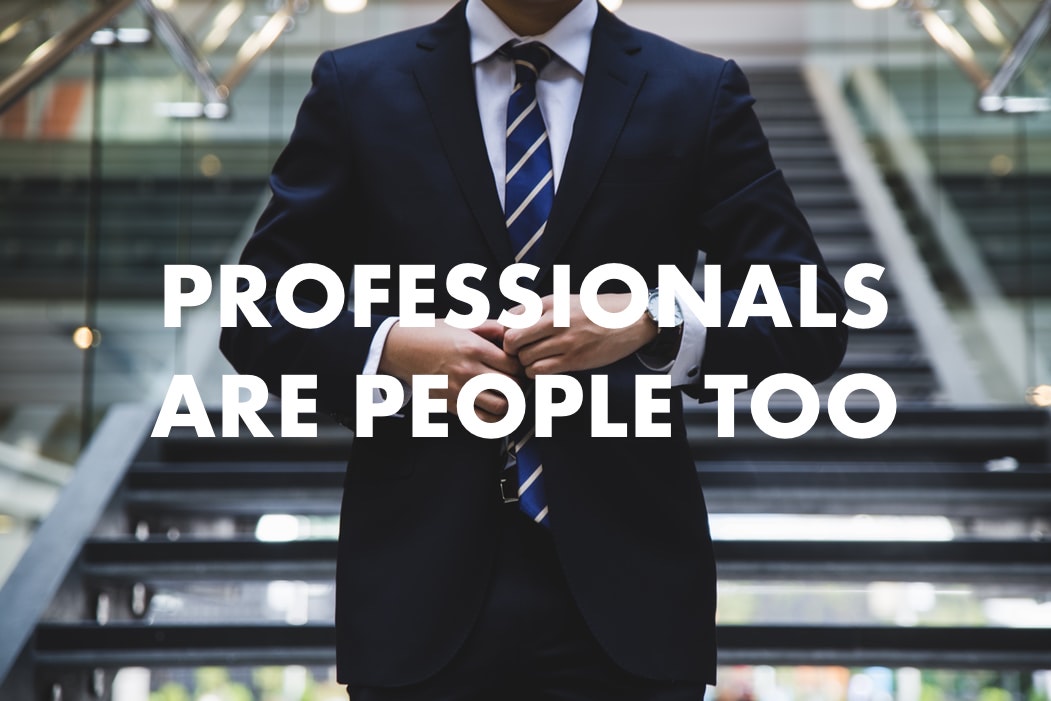 Professionals are people too…

One of digital marketing’s real strengths is its ability to target highly segmented audiences at scale. However, when thinking about business-to-business or ‘professional’ audiences, it’s easy to forget about the individual and see only the job role. This is a mistake.

The same goes for most digital channels, but let’s look at navigating this from a social media point of view…

We can build target audiences using what a brand knows about their customers [aka first party data] and the data social networks have so hungrily collected over the last decade or so. However, defining the most appropriate and effective way of using that data to reach the desired audience isn’t just a science. It’s also an art form.

The problem is, when it comes to thinking about ‘professionals’, it’s easy to jump straight to the seemingly obvious answer of LinkedIn and Twitter. We must step back and understand the mindset and behaviours of the audience we’re trying to reach, crucially within the context of when and where we’re trying to reach them.

Professionals are regular people too.

Now that’s not to say LinkedIn and Twitter aren’t important channels; the former recently announced a total of 675m members, clearly demonstrating genuine scale. Instead it’s about taking a more holistic approach to defining an online audience, and keeping in mind opportunities to challenge the status quo.

I don’t think anyone would suggest Facebook or Instagram are platforms primarily designed for professional engagement, but it’s where we know much of the population spends a lot of time. Just because someone’s on Facebook, it doesn’t mean they’ve completely shut off the professional part of their brain [or other interests they have] beyond just friends, family and grumpy cat memes.

Social networks are a places where individuals choose to spend their time. If brands can place content in front of an individual which genuinely inspires, educates or intrigues them, they will take note.

Which brings me onto TikTok. If you’re unfamiliar with the video based social network, it’s ultimately pretty simple [if you are familiar you can skip the rest of this  paragraph]. Users upload videos and add [almost always] a soundtrack from TikTok’s vast music catalogue. Users often create their own version of a challenge or meme that’s doing the rounds [e.g. suggesting the ages people think they are before revealing the unexpected truth]. And, you can follow people, just like you would on Instagram for example. Spending 15 minutes with the app is worth 1000 words trying to explain it!

Certainly the user base of TikTok skews quite young… but don’t let that lull you into thinking it’s just a bunch of kids on there. The rate of growth is astounding and the 25-45 year old age bracket is absolutely represented.

And here’s the important point… even though I don’t actively follow them, I’ve recently seen a number of UK doctors on the platform [I assume they are doctors based on their surroundings in the videos and the fact they explicitly refer to themselves as being doctors]. In the examples I’ve seen they’re certainly having a bit of fun, but also providing something ‘helpful’ such as information around good nutrition.

For the point of this blog post, what they’re posting about isn’t so important, rather it’s the fact they’re on TikTok explicitly as their ‘healthcare professionals selves’.

TikTok remains a nascent platform, especially compared to the range of other channels available for reaching professional audiences. However it does a great job here of illustrating the principle of considering audience mindsets and behaviours, not just job titles, when thinking about how we reach them online.

Have you spotted any professionals in other sectors active on TikTok?