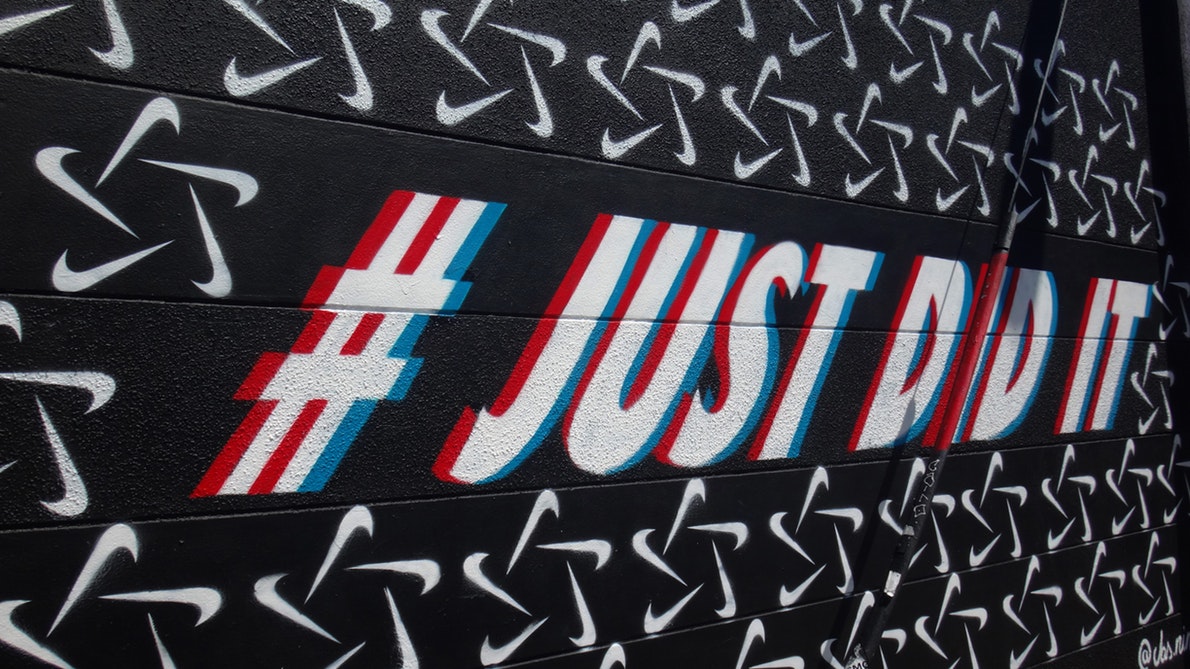 If you want a good definition of ubiquitous, how about ‘the use of hashtags in brand marketing in 2018’? These days the humble hashtag is everywhere. But a couple of recent conversations got me thinking that the various ways of using them across different social networks was worth a quick post.

The hashtag is of course a social media stalwart. It first really entered the mainstream through Twitter and today it’s firmly positioned in popular culture. For many years hashtags have appeared in offline marketing communications, although often just apologetically squeezed into a corner of the ad.

But these days, take a look at any set of billboards, print ads (or wherever) and you’ll most likely see a hashtag front and centre. Many marketers can’t resist concatenating what would have historically been the tag line into what’s now the ‘hashtag line’ (if you will 🙌).

Ok, but beyond hashtags being used as strap lines, how are they used across different social networks? It sounds simple (and mostly it is), but there’s still quite a bit of debate around different ways of using them.

1. Tapping into a trend

The simplest of the lot. If there’s something happening in the world and a hashtag’s gaining traction, is there an opportunity to get involved? I was going to use #MondayMotivation, but in a twist of fate this happened today to give me a perfect example 👶

The trick of course is not jumping in when you have absolutely no right. I think Paddy Power’s ‘poking fun’ mantra gives them the freedom to do so here.

When a brand is posting specifically about something it does or sells, adding precise (albeit generic) hashtags. Let’s take sports brand Wiggle which sells cycling equipment; they’ve included #cyclingkit and #womenscycling to help show up in searches for those hashtags.

This behaviour of adding ‘discovery’ tags is particularly common practice on Instagram of course, where you might see huge chunks of hashtags added to a post for that reason.

How many?
How many hashtags should you add is still hotly discussed. So long as they’re sufficiently relevant I’d advocate using plenty on Instagram (at least 15) and one or two on Twitter. Some people warn of using too many broad hashtags (e.g. cycling) which might attract more spammy interaction, and I agree there’s a need to balance volume and specificity.

Where?
On Instagram I’m fairly relaxed about where your hashtags go. I tend to put them in a comment on my own post, but adding a few lines breaks is grand. So long as you don’t make the caption hard to read by placing a load of hashtags directly after it. What I would say is if there’s one very important hashtag you might want to include that in the post itself (see my next point), so that it helps people understand the context of the post.

And on Twitter my preference is to include the hashtag within a sentence (e.g. We’ve been supporting #womenscycling for over 20 years) rather than sticking them at the end.

A final consideration is whether a hashtag detracts from people clicking a link in a post. I’m not sure on this… I can’t ever remember getting lost down a hashtag rabbit hole instead of clicking an actual link (assuming it was of interest to me).

3. To emphasise a word

This is one of my favourites. On social networks there’s pretty limited formatting you can do to a regular newsfeed post. You can use some “quotes” or maybe some **asterisk** but not much else.

A hashtag is a nice alternative, especially as it changes colour to give some real emphasis. Plus it helps to make your campaign hashtag standout. You know, #JustSaying

4. As an entry mechanic

Finally, a hashtag is an extremely handy form of entry mechanic. Whether you want people to submit a competition entry or perhaps share some ‘user generated content’, a hashtag is super-handy. And the fact hashtags now exist across social networks makes it nice and simple to explain the entry mechanic  – ‘just use this hashtag to enter’.

None of this is rocket science (pun intended), and for most social media managers all very straightforward. But perhaps there’s an angle or a way of using hashtags in your content you might not have come across.

Of course I’m sure there are others. Please comment below so I can add option #5, #6 etc.

Addition…
I just found this great article, worth a read: https://later.com/blog/instagram-hashtags/