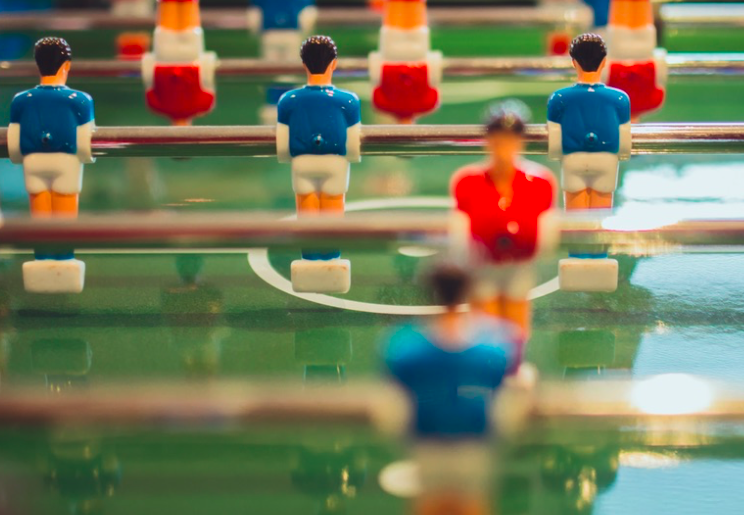 Although data insights can sound as exciting as a wet weekend in Swindon, when the word “social” is prefixed, everyone tends to get rather excited. 😝

The trouble is, it’s just SO appealing that we often feel an obligation to collect and report on as much social data as possible.

All that juicy, “authentic” audience data just waiting to be hoovered up, without the inconvenience of setting up pesky consumer panels or research groups. Sliceable and diceable to your hearts content. Data on competitors and influencers and brand advocates and and and…

Even though we regularly hear that employees in large enterprises are “drowning in too much data”, I think we still often end up playing what I’m calling the social media insights game.

Teams being offered a social data report don’t want to be seen turning down consumer intelligence, even if they’re not quite sure what it is (or know in their heart of hearts they’re unlikely to ever use it). “Well, we offered them a heap of customer insights but they declined. They must think they know it all already.”

On the other side, teams generating the reports have been given access to all these charts and data sets and, well, it’s part of their job to be generating reports. Trouble is they probably know, in their heart of hearts, that much of the report is unlikely to ever be used. “Hang on, you’ve got access to this expensive tool and you’re not pulling every report available?”

This dancing around the issue reminded me of a Michael Mcintyre routine about “the bullshit production”. It’s a good excuse to include a funny video (skip to 39 seconds).

Let’s take social media influencers as a good example. Everyone loves talking about influencers. “Who are our influencers? What are they saying? Are we resonating with influencers? SHOW ME THE INFLUENCERS!”  So a list of influencers is duly produced. But…

Teams need the structure and motivation to act on social data insights, or they will fall on deaf ears.

Potentially the worst offending artefact of all is the stealthy monthly social media report. It’s such an easy place to chuck a whole load of information, graphs and charts, just because they’re available. The fatter and snazzier the report, the better right?  Well, better for acting as a door stop.

I’d say the onus lies largely on the team (agency or internal) producing the reports to blow the whistle and end the social media insights game. There’s a need to call a halt on the way it’s always been done and to have a laser focus on:

Working through each team and scrutinising their needs should help reduce the volume and increase the relevance of the insights being produced. A set of specific insights feels far more accessible and actionable. No more wading through pages and pages of a report – just straight to the good stuff. Assuming they’re good insights and they get acted upon, it should mean an improvement to the team’s performance and ROI they’re generating. Which in turn demonstrates clearer value of social data. Huzzah!

So, whether you create or receive social data insights… do you use them? Do you even read them? Do you question them?

This is the fourth in a series of posts investigating aspects of social media governance where enterprises often struggle. You can find a summary of the other areas in our Social Operating Model White Paper below: