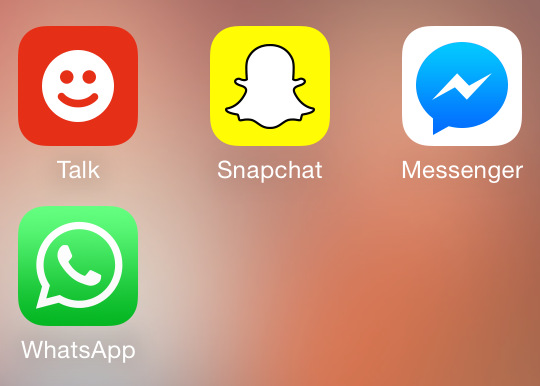 In the last couple of weeks, the conversations I’m having with clients and other social media bods has been dominated by social messaging apps.

Partly fuelled by some of the Facebook F8 announcements, this topic seems to be firmly on the radar of most people – even if they’re not 100% sure what or how to embrace it.

I thought it might be useful to start a list of these apps, with their pro’s, con’s and considerations for brands.

At this stage please note this is still a work-in-progress! Please feel free to add others into the comments below.

So, a simple question – which one is your favourite, and why?