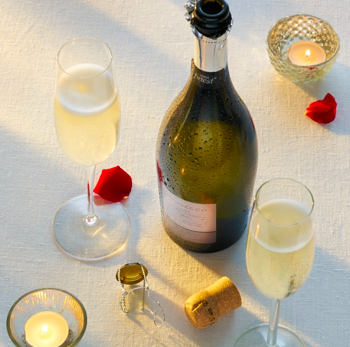 Tesco is loving paid social in 2016

By SimonFebruary 22, 2016No Comments
Hot on the heels of their Promoted Twitter Moment, Tesco have been at it again with another (possibly?) UK first.

Firing up Facebook on my phone a couple of weekends back I was greeted, not usually, by a sponsored post atop my newsfeed. I was also unsurprised to see it was promoting Tesco’s Valentine’s Day £20 meal deal (it was 13th February after all). However, not everything was as it seemed…

On closer inspection I spotted an unusual little arrow just above the link title and felt compelled to click (right).

I was expecting to link out to a Tesco page, but instead found myself in a full-screen app experience, not unlike an Instant Article. In fact I first went back to check if it actually was an Instant Article, but there was no tell-tale lightening bolt to be seen. It was infact a “Canvas Ad” (which Facebook have been testing for a while).

Clicking again I noticed that the transition from the post to the full page had an extra bit of design and finesse.

As I explored the ad I was able to scroll up and down, left and right. The design was really quite attractive and immersive.

Eventually I reached a final section that did indeed take me to Tesco’s website.

In a world where Facebook is fast equalling the Internet for many people, it’s another example of the social network offering advertisers greater incentive to develop Facebook- specific content.

This creature of the Facebook advertising deep looks a bit like the offspring of an Instant Article and a Reach Block… Did you see it – what do you think?