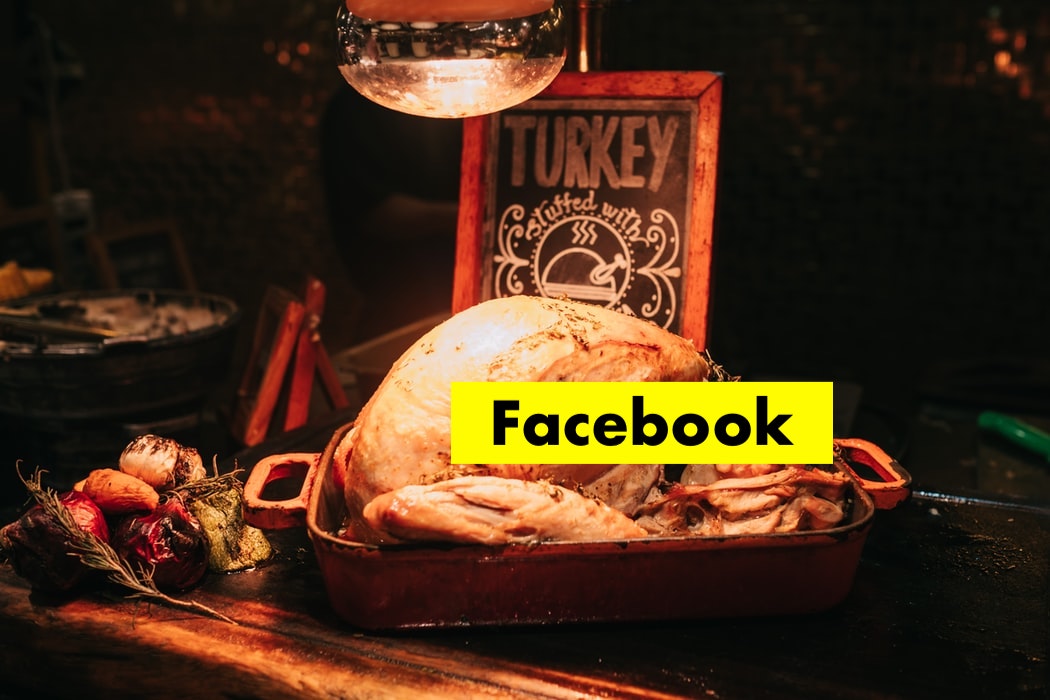 Just for fun, we’ve allocated social networks to parts of a Christmas dinner. A very merry Christmas and happy new year as we all embark on a new decade!

Facebook ➜ the turkey 🦃
Almost always at the centre of the Christmas meal without question. It’s the go-to option on most tables and eyebrows will be raised if it’s missing.

Twitter ➜ the sprouts 🥦 [what, no sprout emoji!] Another stalwart of the Christmas dinner but can strongly divide opinion. Traditionally they’ve been served up in the same way, but recently new ideas on preparation have given them a new lease of life.

Instagram ➜ the roast potatoes 🥔
Done well they can be the absolute star of the show and outshine the turkey. Everyone has their own special twist for best results.

Pinterest ➜ the pigs in blankets 🐖
Not on everyone’s plate, but tend to be loved by most people. Discussed less than the other items on the plate, but usually look great.

YouTube ➜ the stuffing 🍵 [I know!] Another part of Christmas dinner that’s been around as long as anyone can remember. Some do it superbly, others less so.

Reddit ➜ the gravy 🍶
Once added to the plate it might be forgotten, but secretly is it really the starting point behind the most delicious mouthfuls?

TikTok ➜ the balsamic infused, caramelised purple cabbage 🍆 [nope] Known by many, but still a novelty for most. Will it become mainstream? Who knows.

Snapchat ➜ the bread pudding 🍞
A bit indulgent. It’s still a bit of a mystery to some.

Please add some better ones in the comments below…