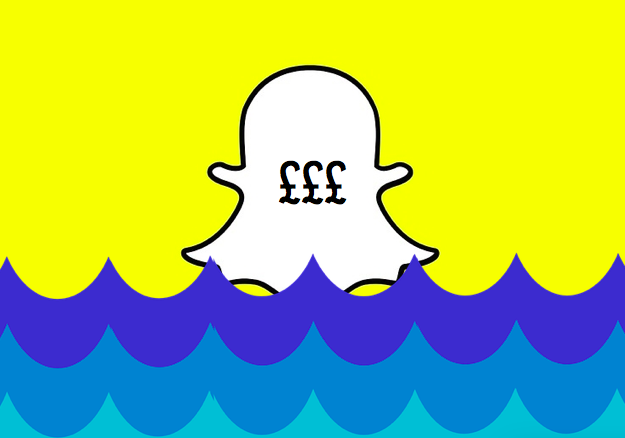 In the coming days Snapchat will launch their self serve ads-manager in the UK, enabling anyone to start advertising on the platform. What will this mean for brands and their agencies? And how will it compare to Instagram, which did the same in 2015?

I’ve posted a number of times about Snapchat, highlighting both the opportunities it presents and an apparent lack of understanding amongst many experienced marketeers. This recent announcement should be another big prompt for brands and their agencies (aka a kick up the xxxx) to get their head around Snapchat and consider how it could fit into their marketing mix.

I appreciate Snapchat is currently a funny one for organisations. It gets mountains of press (helped by their IPO) and people rave about its amazing potential. But there are two big challenges:

Making their advertising model self-service (a la Facebook and Instagram) helps to mitigate both of these issues and, one would assume, drive a greater volume of smaller buys. Funnily enough this aspect of social has effectively gone full circle, feeling much more like a traditional, interruptive, media buy.

Although I’ve not been able to use the tool just yet, the layout and explanation of the different ad formats on the website is very clear – classically well delivered Snapchat comms. It certainly feels a lot more intuitive and easier to get into than something like Twitter.

I’m also going to optimistically assume the process of uploading ads into Snapchat will be just as simple as their one existing self-serve option – sponsored Geofilters. I blogged about how easy these were to procure, so let’s hope the rest is just as good. Here are some screen grabs of the ad manager from a Tech Crunch article.

Saying all that, I can’t see it all being plain sailing. Here are four reasons why:

1. Basic creative
How comfortable are brands and their agencies with the most fundamental element – vertical video? It sounds straightforward, but is that going to be a stumbling block right out of the gate? You can’t just re-purpose your TV advert any more.

2. Actually making it good
When Instagram launched self-service ads, it was super easy for brands to create content and boost it. And actually that simplicity was a problem. Certainly a high proportion of the Instagram ads (I saw) were frankly absolute dross. Very poor creative and even worse targeting. If we’re going to see an increase in the number of ads appearing in Snapchat Stories etc, let’s hope they’re actually good!

… another view… a good friend in the industry countered these points by suggesting that it’s probably only brands who “get Snapchat” who’ll be bothered by this development, so they know how to “do it right”. I hope he’s right!

3. Understanding the situation
I think it’s probably fair to say many brands managers aren’t big users of Snapchat. And that makes it very difficult to get a true feel of what ads in Stories will feel like. I don’t mean it’s hard to see that “your video will play in between these other bits of content” – I think anyone can understand that. I’m talking about the whole vibe of Snapchat and the mindset that people are in when they’re using it – what’s appropriate and what isn’t? Snapchat ads by their nature are so much more disruptive than a Facebook or Twitter ad (i’m ignoring in-video Facebook ads 😡), so this is a major consideration.

4. Measuring success
We don’t know exactly what metrics will be available for the self-serve option, but again Snapchat talk a good game, emphasising on their website the need for transparency. Of course the proof will be in the metaphorical sticky toffee pudding.

Screengrab from the Snapchat ads page

It will be fascinating to see how this all plays out, and I’ll definitely add an update in due course.

Have you already advertised on Snapchat? Will you consider it now? If not, why not? So many questions!