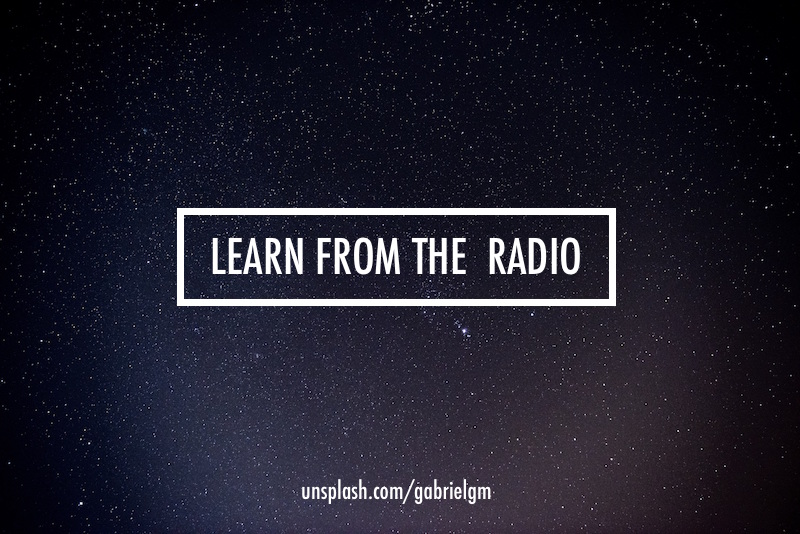 This, the fourth post in our Social Business Future Gazing series, considers a simple question that almost every business asks – how often should we post on social media? (the question returns 267 million Google results in fact…). We look at how brands must do more in 2016 to reflect the way consumers actually use social networks, and what we think they can learn from, of all places, local radio.

Before we go all Alan Partridge, let’s summarise the current situation. As content marketing continues to grow in popularity,  so the number of brands publishing content on social media continues to increase (obvious point #1).

In parallel, the major social networks (particularly Facebook and Twitter) have been busy creating new formats and features to encourage brands to do more with them. Video auto-play is a good example – encouraging brands to optimise video for each network rather than just sticking with YouTube (obvious point #2).

Facebook: with many millions of posts per day and a need to increase ad revenues, Facebook (as most people are well aware) introduced a publishing algorithm. This limits how much of a brand’s fan-base will see any one post “organically” in their newsfeed. It’s reported to be less than 2% in some cases. In 2015 the use of paid media to boost a brand’s reach, even to their own fans, is really a mandatory ingredient of being active on the network.

Instagram: although it currently remains algorithm free, sponsored (paid-for) posts are starting to be shown in people’s newsfeeds. I personally see no more than two ads per day, so it doesn’t feel too intrusive (although their quality and targeting can sometime be a little off).

Twitter: this one’s tricky. The volume of tweets being published and lack of (Facebook-like) algorithm make it hard for anyone to be confident that their tweet will (organically) reach its intended audience. Typically I drop into a Twitter a few times a day (unless prompted with a notification) and scroll back through my timeline… each time I probably get through the tweets published in the previous 30-40 minute window. There are features like Twitter Lists, the recently announced Moments and While you were away but none seem to quite crack the problem. Of course for brands, the other option is using one of Twitter’s many paid-for options to get tweets in front of the desired audience.

These nuances should be a major consideration for brands when planning the distribution of their content. However, when I look at the way many brands create their social content schedules, the reality of how consumers actually use social networks can get lost. Let’s take Twitter as a prime example.

Most brands will publish more frequently on Twitter than Facebook or Instagram, which makes complete sense. However, in practice this often still only means 4 or 5 tweets per day (I base this purely on my experience over the last 12 months of reviewing and assessing tens of branded Twitter accounts). Even if these brave, young tweets are published when the potential audience is most active online, the chances of them being seen is shrinking. Those poor tweets.

So, in step the humble local radio station.

If you listen to local radio (or any radio station for that matter) for a whole day, you’ll hear the same news story featured every hour on the hour. However, there’s usually a slight twist for each bulletin, perhaps using a different quote from the lead interview. This enables the people who dip in and out of listening to have a good chance of catching the story at some point. And the people who listen all day, to get a slightly different perspective each time (and not get too bored).

This approach is becoming increasingly common practice for major publishers on Twitter, such as Marketing Week. Head to the Marketing Magazine UK account, scroll down to see the last 24 hours worth of tweets and note how the content repeats. I’d personally like to see a bit more variation in each tweet, to help keep it fresh for readers, but you get the idea.

The other benefits of an increased frequency of (similar) tweets are:

In 2016 brands will need to put their approach to content distribution under an even bigger microscope. The importance of using targeted paid media (for all platforms discussed in the post) and balancing frequency with originality (Instagram, Twitter) will only increase. And we haven’t even touched on the whole different kettle that is Snapchat…